You Are A Toy!

August 1, 2017October 20, 2017 by Pat Neistat
Written by Pat Neistat
At this year’s D23 Expo, another major announcement was made regarding Disney’s Hollywood Studios. Toy Story Land will be opening in summer of 2018. This is a light at the end of the tunnel for the troubled, seemingly always under construction, theme park. Starting August 13th, 2017 there will only be four damn rides and a couple shows running before this new land opens next summer at DHS. While tickets are still full price, sadly a family can’t even spend a half day at that hellhole for the time being. Fortunately, Disney sells the park hopper and Not_Cub33 has your ass covered on that front. Summer 2018 will be a new beginning for the Studios. Toy Story Land won’t give us the thrills of Star Wars, but it will give us that light hearted bullshit that we love about Disney. With the incorporation of the beloved 3D ride Toy Story Midway Mania, 2 new rides, a restaurant, and a gift shop, this will be a land that will be enjoyed by every damn person, not just families.

Andy’s backyard is the setting of Toy Story Land. While exploring Andy’s backyard you’ll realize that you are a small ass toy. Yep, you guessed it- you’ll be the size of Woody, Buzz, and the gang as they ran through the backyard in the original movie. The featured attraction will be the Slinky Dog Dash. Disney describes this as a “family coaster attraction where you’ll zip, dodge, and dash around many turns and drops that Andy has created to really make Slinky and his coils stretch to his limits.” This will not be a huge thrill coaster like the badass Rockin Roller Coaster, but similar to Seven Dwarfs Mine Train. Some are very critical of this and think Disney should only have thrill coasters. Alien Swirling Saucers is the second attraction and is being described as a “toy play set that Andy got from Pizza Planet, inspired by the first “Toy Story” film. Aliens are flying around in their toy flying saucers and trying to capture your rocket toy vehicle with “The Claw.” People are complaining that this is just another ‘out-of-the-box’ attraction, similar to Mater’s Junkyard Jamboree in Disney California Adventure Park.

Overall, the critics are less than impressed with the plans for Toy Story Land. Many are comparing these proposed attractions to already established attractions, and are not happy with the possibility of regurgitating ideas. Where is their damn creativity? I think these complaints are utter nonsense and they’re overlooking the point of Walt’s vision, which is providing memorable experiences for everyone. Disney has been using the same prototype on many rides, but the theming is where each ride is unique. Compare It’s a Small World to Pirates of the Caribbean. Both are dark rides, but each has a different story and feel. Or look at the previously mentioned Rockin Roller Coaster, and compare it to Space Mountain. Both badass in their own right, but pretty much the same ride. 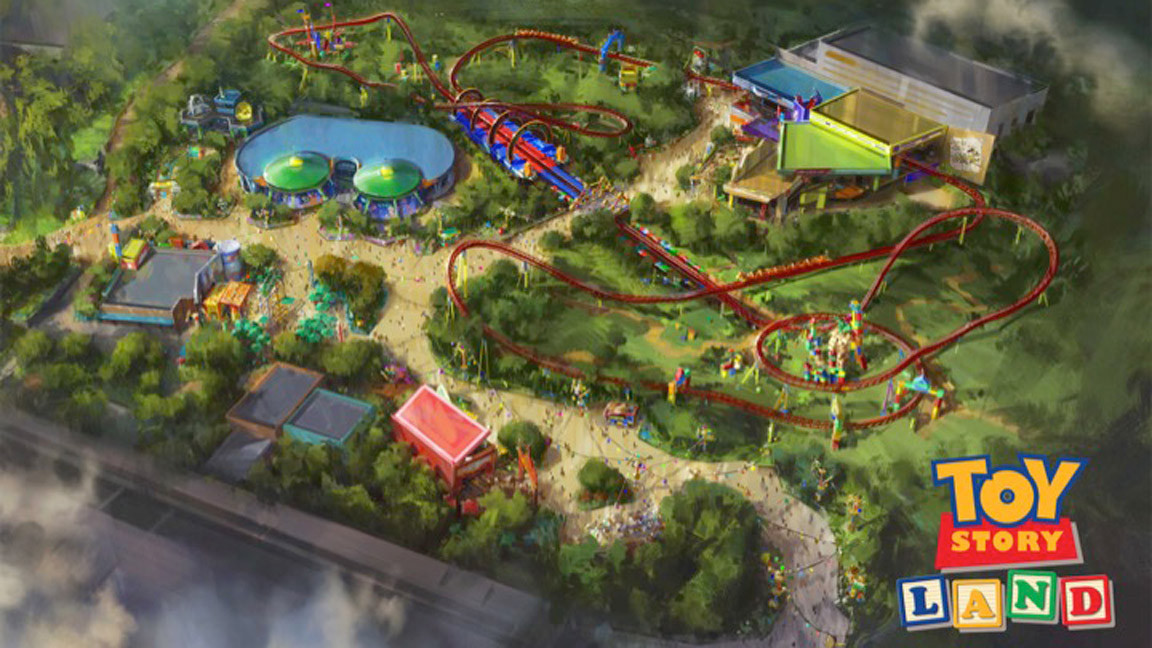 What’s Next for Epcot?

Fireworks Dessert Party. Worth It?